I am most satisfied when I create works that are imbued with such excellence and beauty that people come face to face with God’s perfect love and truth when they experience what I have crafted; whether knowingly or unknowingly. 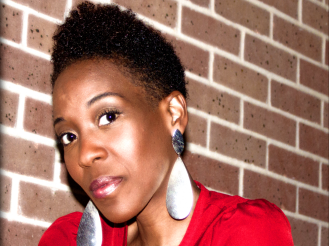 Brooke, a graduate of Baylor University, has impacted lives and moved audiences as a writer, actress, director, film and theatrical producer and educator for the past 15 years. She has graced many stages, titles including Crowns, Color Me Dark and Thomas Melancon’s Jump the Broom.

Brooke is the host and creator of the webseries, Friar Mom and has written, produced and directed a growing body of stage plays, including Telesoul,  A Tribute to the Black Woman, A Groovy Kind of Christmas, The Howliday Groove Shop, Mal is in Winterland, and TV in Color: The Black Sitcom Experience, and two one-woman-shows; Body and Alabaster, which debuted at Houston’s historic Ensemble Theatre.  In 2016, she released her debut spoken word album, To Rise and is currently producing the full feature documentary, Gumbo.

Yet, her highest calling and greatest honor is being a wife to her husband Richard and mother to her three amazing children.